OTN grew from the Census of Marine Life (CoML)—a 10-year international effort (launched in 2000), to assess the diversity, distribution, and abundance of marine life. Ron O’Dor, senior scientist for the CoML, developed the idea to build a global network of acoustic receivers and oceanographic sensors to track keystone animals along migratory routes—and OTN was born.

At its inception in 2007, OTN received the largest federal government research grant in Atlantic Canadian history: a $35 million investment by CFI to support headquarters staff and the operations and maintenance of OTN’s global tracking infrastructure.

Concurrently,  a $10 million investment by the Natural Sciences and Engineering Research Council of Canada (NSERC) was provided to support research using OTN infrastructure across Canada’s marine and freshwater ecosystems, and $330,000 was awarded from the Social Sciences and Humanities Research Council of Canada (SHRCC) to support OTN’s social science activities. This combined International Joint Venture Funding Project launched OTN and supported it through its first 10 years, after which OTN evolved to become the MSI that it is today.

Dalhousie University is the host institution for OTN. The university has a long history as a major ocean research institution and provides professional services including its legal, purchasing, research and financial services, and human resources to enable OTN to operate. OTN headquarters staff are housed in the Steele Ocean Sciences Building at Dalhousie University.

Learn more about the accomplishments of the Network during this phase by reading about OTN in the first 10 years report.

OTN also receives support from institutions, governments, communities, individuals, and industry to share knowledge, leverage resources and increase collaboration capacity both within Canada and worldwide. OTN expands and sustains its global aquatic telemetry network through actively creating new partnerships with national and international researchers, as well as industry partners, who contribute technology and infrastructure support to OTN and its collaborators around the world. 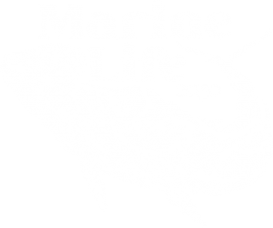